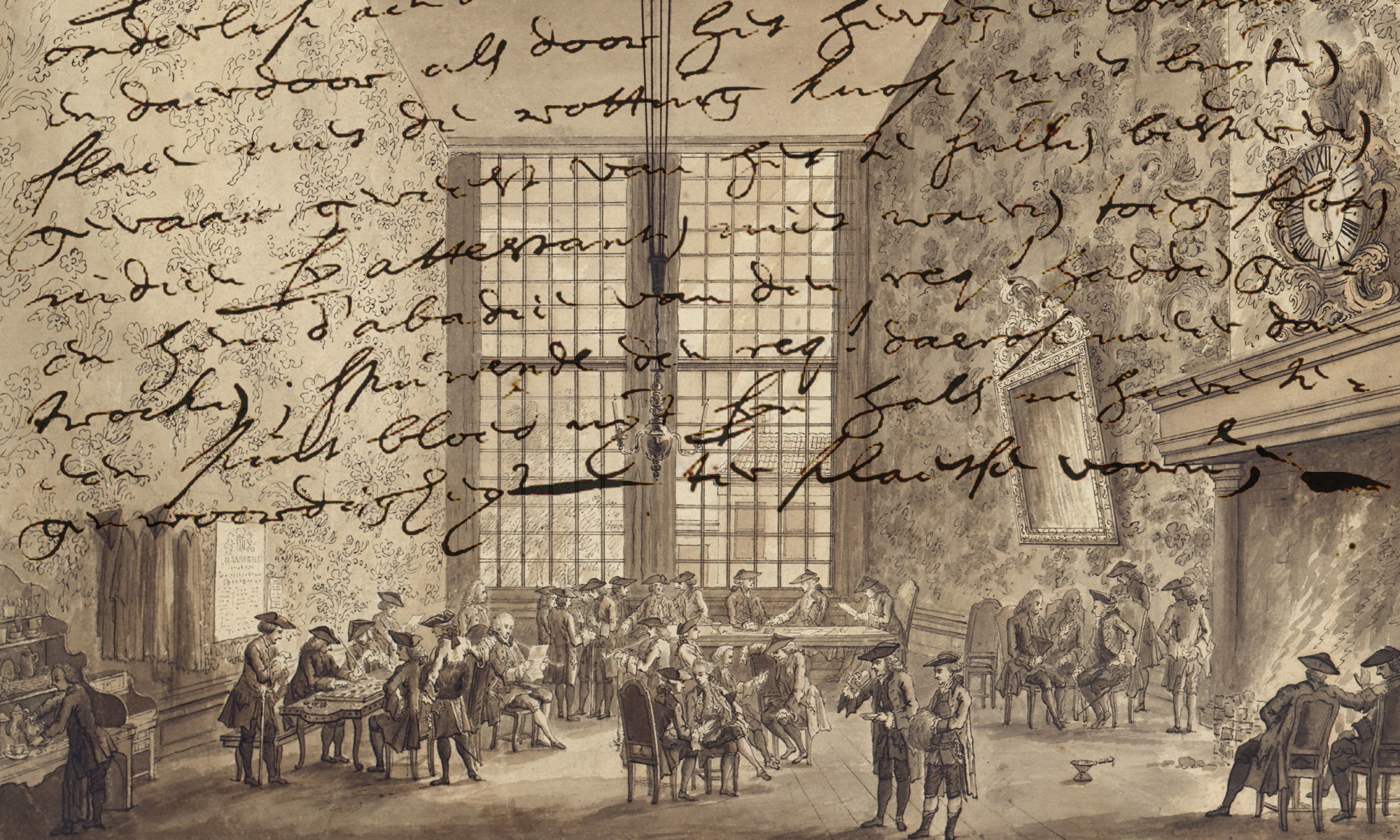 Amsterdam Coffeehouses in Time and Space

Around 1700 there were 32 coffeehouses in Amsterdam. Over the following 100 years this number declined, but coffeehouses never completely disappeared. Searching in the archive’s online index turned up hits for nine separate coffeehouses, all of which were located around the Beurs, the city’s stock exchange. That I found only nine coffeehouses in the notarial deeds is not that strange, given that only ten percent of all those held by the City Archive have currently been digitised. Although I only found a small number of coffeehouses, the exercise yielded some interesting stories about and insights into what really happened within these intoxicating spaces.

Now we know the likely locations of these coffeehouses, what practices and interactions unfolded inside them? The statements I read were all given to the chief police officer of Amsterdam. This by definition means something must have gone wrong, because testifying before urban authority isn’t something you did for fun. Therefore, some stories are quite ‘juicy’, even if not entirely representative of less contentious daily life in these environments, and of course always mediated by scribal and legal conventions.

It’s the 22 May 1694. On this Saturday afternoon, at around five o’clock, two Frenchmen – Jean Abadie and Anthonie Orguelin – are playing checkers in the Rochelse or Gasconse coffeehouse when they start arguing about the game. They ask a third man, Abram, to adjudicate. According to Abram, Anthonie cheated and didn’t move the correct piece across the board. Anthonie does not like this accusation and walks away from the table. Jean also stands up, but bumps into the table and knocks over the game board. He proceeds to pick up the game board and hit Anthonie over the head with it – ‘furiously’, as the notary writes in the statement. Jean then uses his fists to physically assault Anthonie, resulting in the latter ending up  unconscious and lying on two chairs, with bruises and gashes to his head and body. Were it not for the presence of other customers Anthonie would probably not have survived, since he lost ‘more than a pint of blood’ (notary Joan Hoekabak, deed numbers 62820, 62823, and 62848).

The next story is a little more civil, as there is no fighting. Indeed, I imagine the two protagonists sitting at a table, maybe like the men in the picture below: drinking, smoking, and trading boasts. It’s 31 July 1739. Anthony Baart and Willem Hendrik van Marcelis are in the Royal coffeehouse, when Anthony proposes the following plan: the first of them to get married will receive a thousand gold ducats from the one that remains single (today, that amount of money would be worth around €54,000 or £48,000!). The men proceed to consult a notary and have their bet written down, so none of them can get out of the agreement without paying up. Anthony probably had a hidden agenda behind his concoction, because not six weeks later he had indeed got married and was asking Willem for the thousand ducats. As you can imagine, the latter was not very pleased with this turn of events, but the legally binding written agreement meant he was obliged to pay. After all, he agreed to Anthony’s plan, and wasn’t smart enough to be the first to get married… (notary Benjamin Phaff, deed number 299841).

The last story takes place in the Polish coffeehouse on 6 March 1776. Jorgen Gaed and Herman Draveman van Oijen are playing billiards with several other men when Herman suggests they play for money. Everyone agrees and they go on playing. Eventually, Herman wins and Jorgen loses. Naturally the loser has to pay up but, as fate would have it, Herman already owed Jorgen money so the latter wants to call it quits. Unfortunately, this is not to Herman’s liking; he wants money and he wants it now. Reluctantly, Jorgen reaches for his money but calls Herman ‘low’. This insult is the last straw: Herman grabs Jorgen by the chest and slaps him in the face. A soldier named Brouwer is also present and he encourages Herman by screaming: ‘Hit him, hit him, you’re not hitting him, kill him, that dog! If you don’t kill him I will’. He grabs a billiard cue and starts striking Jorgen. When another man tries to stop him, he threatens everyone by saying: ‘Curse me now God or I’ll kill him. Anyone that tries to stop me is dead!’. When Jorgen tries to escape, Brouwers grabs him by the hair and drags him across the floor. Herman too tries to beat Jorgen again, but Jorgen apologizes to him and ‘wants to do everything they ask of him’. Saying this saves his life, because Brouwers later says: ‘I’m sorry I didn’t kill him’ (notary Pieter Mastenbroek, deed number 256319).

So, did the existence and use of coffeehouses lead to higher moral ground and an elevated plane of discourse? I think it’s safe to say that, based on these notarial deeds, it really didn’t. As in the inns, taverns, and alehouses that preceded them as social spaces, fighting, gambling, drinking, and smoking continued to play a large part in the daily life of the coffeehouse. Based on the idealised images in this blog, you might think that the men who visited coffeehouses were paragons of rationality and civility, but these stories from the archive – not to mention the exploitative circumstances in which early modern coffee was produced – prove otherwise. So much for the civilisation hypothesis… 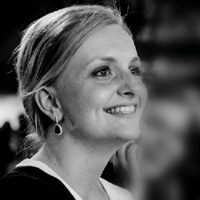 Rianne is a Master’s student in Dutch Literature and Culture at Utrecht University. Her MA thesis explores new intoxicants in early modern  Amsterdam, as part of which – in conjunction with the project – she completed a three-month internship in Amsterdam City Archive, focusing on notarial records. 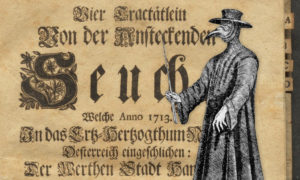 New Intoxicants and Epidemics: Sugar and Tobacco in Hamburg’s Plague Medicine
In these trying times interest in past pestilences is booming,…