This short film documents my collaboration with Phil Withington, other academics, and creative partners to explore the significance of intoxicants in Ben Jonson’s The New Inn, and its connections to Bolsover Castle. Jonson, author of Volpone and The Alchemist, produced the play at the start of 1629. It’s a romantic comedy set in The Light Heart, an inn where the Host – a nobleman in disguise – receives high-born revellers and their servants. Beer and wine flow as secrets and identities are revealed. The play appeared on the London stage soon after Jonson’s patron William Cavendish was made an Earl, and his mother became a Baroness. The family had also just begun an impressive extension to Bolsover Castle, their sumptuous pleasure house in Derbyshire, creating a palatial venue for feasting. Was The New Inn intended for a celebratory event featuring wine, the famous Derbyshire ale, and lavish amounts of sugar?

My research suggests individual characters may have been inspired by both male and female members of the Cavendish family, and topics in the play resonate with the wall paintings in the older part of the castle where performances and banquets took place. The murals present the humours, the senses, biblical figures, and classical gods, and they reflect the theme ‘without wine and feasting love grows cold’. To examine this hypothesis and share it with a wider public, an interdisciplinary group of experts analysed the play in situ at Bolsover, and worked with the director David Thacker and architect Nick Helm to create an abridged version for the 2022 Festival of the Mind. This was performed in the heart of Sheffield in the Spiegeltent, itself a historic venue for festivity and drink, against a backdrop of images from the castle. The film is also available on the beautiful new University of Sheffield Player. 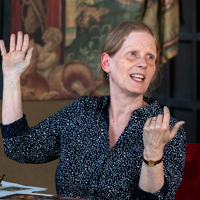 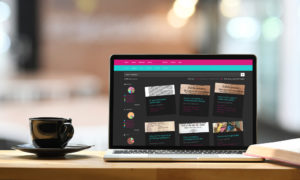