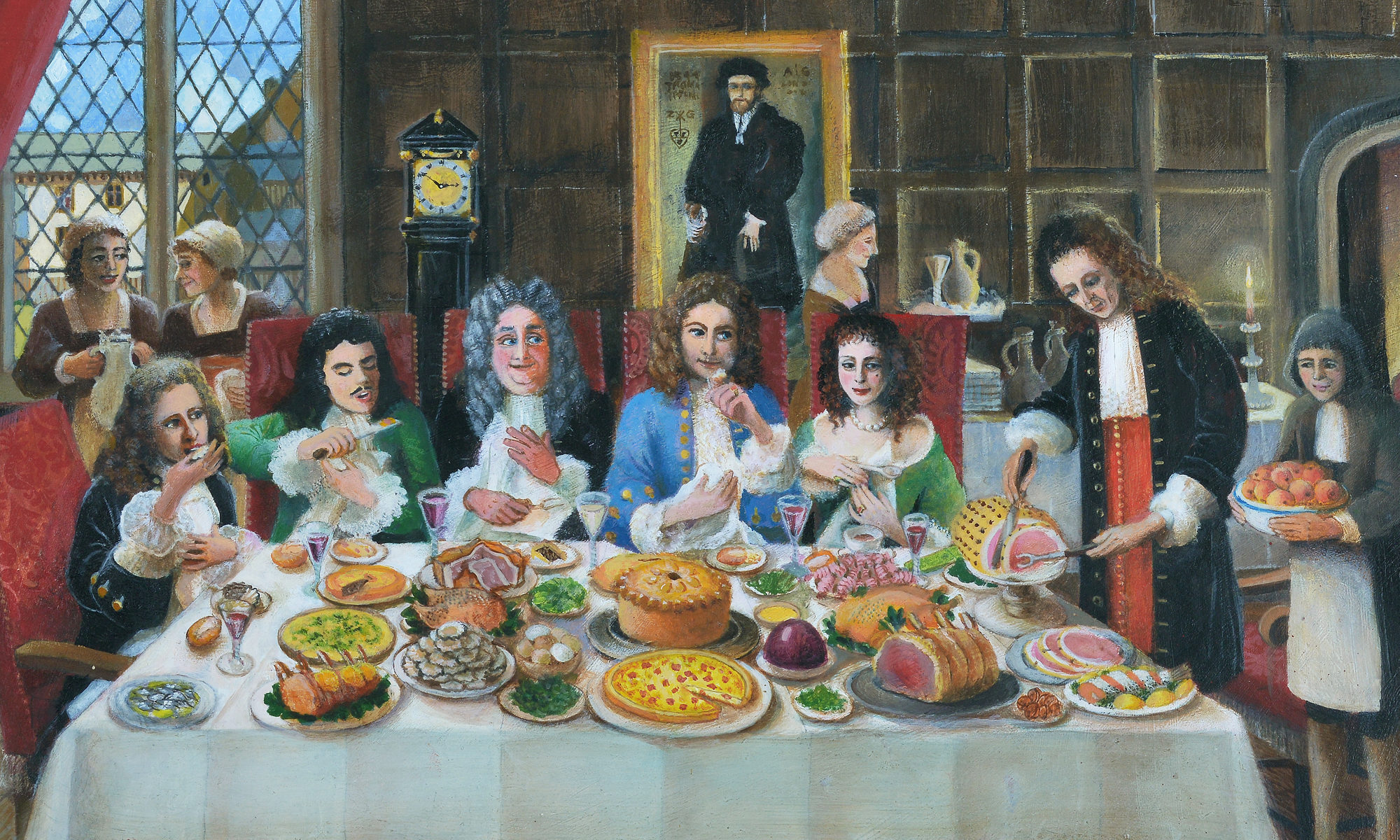 The English natural philosopher Robert Hooke (1635–1703) was well aware of the power of intoxicating products and, as we have shown, consumed them habitually throughout his life. In fact, between 1672–83 (the main period covered by his diary), there’s scarcely an intoxicant he didn’t sample as part of what Lisa Jardine has termed his ‘regimen of regular drug-taking’; on one occasion he even tried cannabis. He was, in Stephen Inwood’s phrase, ‘addicted to self-medicating’. However, when reading Hooke’s diary, we are not presented with a clear-cut or exclusive definition of what an intoxicant – understood as an ingestible capable of changing one’s physical and psychological state – actually is. Instead, Hooke describes almost all consumables in a broadly similar manner: alcohol, drugs (both recreational and medicinal), foodstuffs, water, and even vomit were described interchangeably as having a tangible influence on the disposition of body and mind.

A few examples illustrate this point. From 1673 Hooke frequently took ‘Andrews cordiall’, a proprietary concoction of mysterious composition. In one instance he described how it ‘wrought quick, went shivering and hazy like an ague to bed, burned about 2 and sweat much after’, while on another occasion it ‘brought much slime out of the gutts and made me cheerfull’. Hooke also mentioned mixtures created for specific afflictions, such as ‘Dr Cox’s medicine’ for staunching blood, which was the ‘juice of plantane and honey and somewhat els’. As for food and drink, it was not just alcohols, coffee, and tea that wrought transformations in Hooke. In particular, he frequently discussed the positive effects of ‘Dulwich water’, a mineral drink from Dulwich Wells in South London; on three separate occasions he noted that it ‘heat me much but betterd my stomack next day’, ‘wrought well’, and ‘mightily refresht me’ (he also frequently used the language and concept of refreshment in connection with intoxicants). Similarly, on Sunday 3 October 1675, Hooke ‘found that clough brandy refresht the stomack yet it stopd the natural passage but pears opened it’, while nine days later he noted that ‘milk made me sick. I found vinegar scoured me’. Elsewhere in the diary, aniseed, flowers of sulphur, mercury, senna, sal ammoniac, and ‘tincture of steel’ (steel filings or hot steel steeped in water or wine) are described as working in similar ways; clearly, Hooke was aware of the capacity of many consumables to affect his physical and mental makeup, and even to intoxicate it.

The grisliest example of a substance understood by Hooke to profoundly influence his constitution was vomit, which was one of the wide range of comestibles (including chocolate and tea) he used as an emetic. On one occasion he noted that consuming vomit ‘made me worse and I slept ill after it and sweat next morning’, while in another instance it ‘wrought not but with a feather I brought up some tough flegme’. In an affront to modern sensibilities, Hooke also seems to have paid for and ingested the vomit of other people. On Wednesday 18 August 1675, for example, he describes purchasing the vomit of a Mr Hewk, and the following day he mentions that consuming it ‘made me incline to vomit after 1 hour of taking. It made me straine after 2 houres but brought up nothing. With drinking broth and feather I vomited a little but head and eyes much worse’. Primarily, then, vomit had a strong purgative function, but it could also drastically influence other parts of his body and psyche. For example, on another occasion he ‘took Dr. Thompsons vomit. It vomited twice. Purged 10 or 12 times… Made me sleep ill, and made my arms paralytick with a great noyse in my head’.

What I hope to have demonstrated is that the most popular and self-evident ‘intoxicants’ – alcohols, coffee, opium, tea, and tobacco – were not the only products considered by historical actors to possess consciousness-altering or body shifting effects. Purely on the basis of Hooke’s diary, the neat analytical division of consumables into ‘intoxicants’ and ‘non-intoxicants’ commonly used by historians is not always found. Of course, this does not necessarily mean that there was no such categorisation of products in the seventeenth century, or that food, vomit, or any of the examples mentioned above were conceptualised as definitively similar to bona fide intoxicants with a psychoactive component. But it might be time to extend our analytical framework beyond the usual suspects; the reality was more slippery and (in Benjamin Breen’s phrase) ‘capacious’, and a wider variety of consumables should perhaps be taken into account if we are to appreciate historical, and even contemporary, intoxicated states and in all of their variety and complexity. 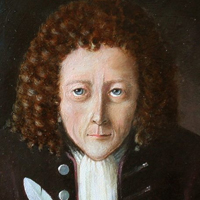 Connor recently completed an MA in Historical Research at the University of Sheffield, focussing on early colonial Mexico. He was an intern on the Intoxicating Spaces project, capturing and visualising intoxicants in the diary of Robert Hooke. 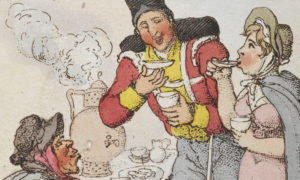 Getting to the Root of It: Saloop in Early Modern London
After a long night of ‘frolicking’, which included plenty of…