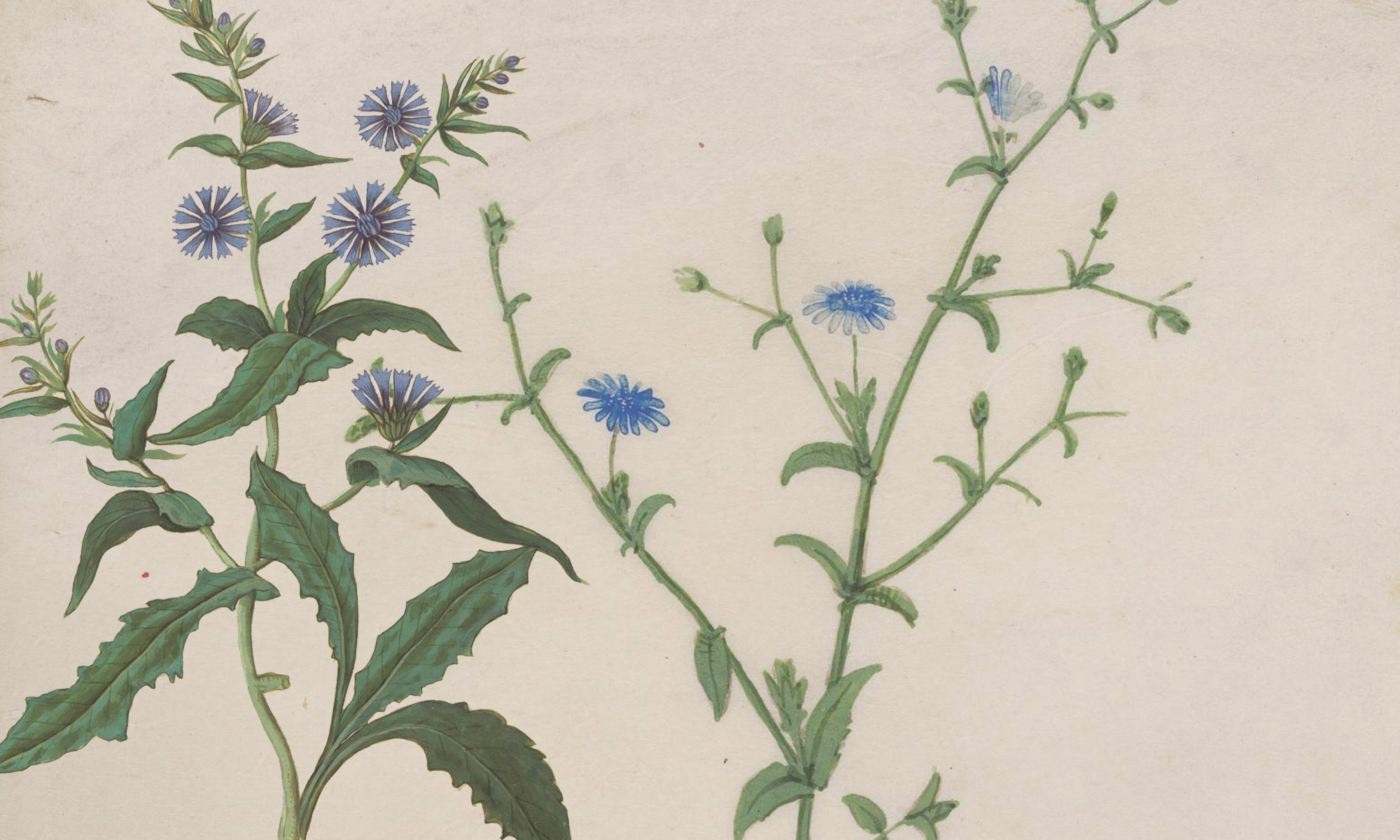 Europeans embarked on a drive to colonise the Americas and to forge new trading networks with the Orient during the sixteenth century. Merchant ships brought much sought-after gold, silver and spices, but also a new substance that came to be known as coffee, back to the shores of the Old World. Travellers to the Ottoman Empire and the Arabian Peninsula mentioned the exotic hot black drink in their writings from the late 1500s, and from around 1600 small quantities of coffee beans reached Europe from Yemen – the only region where the coffee plant grew – via Venice. Yet it was only after the first coffee houses opened in Venice (1647) and Oxford (1650), and thereafter in practically every major European metropole, that coffee gained a real foothold in Europe.

Like tobacco, tea, and cocoa, coffee was considered by contemporaries as a curative. The bean’s medicinal properties – its ability as a hot beverage to cleanse the mouth, mobilise digestion, thin the blood and generally prevent all manner of life-threatening stoppages and obstructions – resonated powerfully with prevailing Galenic humoural medical concepts and practices. And this was a major reason for its popularity and assimilation into both European medical culture and everyday eating and drinking habits. Contemporaries were also well aware of its ability to sharpen the mind and stave off drowsiness, and many sung its praises as an alternative to alcohol.

Until Europeans began growing coffee on colonial plantations, it remained an expensive luxury item imported irregularly in modest quantities. Yet this did nothing to dampen its growing popularity. Until the 1690s Yemen was able to meet European demand for the new, hot beverage that had brought forth a new sociability of the coffee house and was fast revolutionising the rhythms and recipes of mealtimes across Europe. However, a step change occurred when the Dutch East Indian Company (VOC) succeeded in smuggling viable plants to its colony on Java and forcing the inhabitants to grow coffee (on slavery and coffee production within the Dutch Atlantic Empire see Stephen’s earlier blog post). The first charge of colonial beans reached Europe in 1712, and by 1726 the VOC controlled between half and two-thirds of worldwide coffee production. By 1740 France, Spain, Portugal, and England had founded colonial coffee plantations in the Americas and the West Indies, many also dependent on slave labour. By 1800, coffee was ubiquitous: Europeans from all walks of life were drinking the black brew in a variety of combinations and permutations in the coffee house, the salon, on the street, at work, and at home.

Keeping Up with the Colonial Powers

Of course, the breathtaking wealth generated by colonial production and command of its trade was not shared equally among nations, and states without colonies were side-lined from the bonanza. For the predominantly mercantilist states of the seventeenth and eighteenth centuries, this was a harsh burden to bear; at the heart of mercantilist economic thinking was the idea that exports (preferably from domestic production) should exceed imports. If you lived in one of the landlocked states of the Holy Roman Empire of the German Nation, however, you had to buy your imported coffee at market, and so your habit funnelled precious gold and silver reserves out of the state and into the coffers of the colonial powers.

In an attempt to curb consumption and stem the drain this caused, states responded with bans, restrictions, and then taxes on the new intoxicants, in particular on tobacco and coffee. Many targeted consumption amongst the lower classes and certain occupational groups; some even confiscated coffee-making utensils from unruly subjects. Yet these bans failed to prevent early modern people from drinking coffee, even in the smallest quantities. And they created fertile conditions for black markets and smuggling, which – through bypassing official taxation – further diminished state coffers.

The Search for Coffee Surrogates

Coffee substitutes, known as ‘surrogates’ in late eighteenth- and nineteenth-century Germany, emerged more or less in parallel with consumption of the true coffee bean. Unlike the tobacco plant, which happily grew in most parts of Europe, allowing home-grown leaf to garner a not insignificant share of the tobacco market very soon after its introduction to the continent, the coffee plant was fickle: true, the Dutch had succeeded in growing a coffee plant in the Amsterdam botanical garden around 1700, but the climatic demands of the bush and the increasingly efficient mode of colonial production prevented widespread local farming.

Europeans started coming up with local alternatives to the exotic coffee bean in the later seventeenth century: some of these were roasted wheat, chestnuts, rye, almonds, and oats. In 1733 the encyclopaedist Johann Heinrich Zedler documented that ‘some prepare a coffee of barley or oats, after which one often feels not at all ill. Rather many consider oat coffee so beneficial that they prefer it in many aspects to true coffee’. [1] Over the course of the eighteenth century, coffee surrogates were a topic of intense discussion in the burgeoning literary-intellectual public. Chemists and pharmacists eagerly trialled all manner of cheap produce, from fruit stones and seeds, dried fruits, and bread to cocoa shells, tubers, and pulses, in pursuit of the best coffee substitute. And absolutist rulers of colony-less states demonstrated great interest in emancipating themselves from colonial coffee and profiting from a hermetic cycle of local production and local consumption.

It was eventually chicory – that attractive flowering herb of the dandelion family – that would play the greatest role in the story of coffee surrogates. The Dutch were supposedly the first to roast and grind chicory as a substitute for coffee beans in the mid-seventeenth century, and historians think that it was very likely routinely (and openly) blended with ‘real’ coffee grounds. Well known as a tasty coffee substitute in Germany, its real breakthrough occurred when the first factory-produced ‘coffee’ made from chicory hit the German market in 1769/70. It was marketed not as some inferior ‘fake’ coffee, but instead as a virtuous, even patriotic alternative to colonial coffee. Traditionally a popular salad crop, farmers were able to quickly harvest quantities large enough to serve mechanical production. Endorsement from absolute monarchs such as Frederick the Great of Prussia followed, and in the following decades chicory factories sprang up all over the Germany. It is no surprise that chicory coffee was known as ‘German coffee’. [2]

Although not adopted uniformly across Germany, by the end of the nineteenth century coffee drinking (largely chicory) had become a firm ritual of the burgeoning proletariat. For many, a thick soupy bowl of very weak coffee mixed with bread or some kind of grain served as breakfast, replacing the traditional meal of warm porridge or soup. And as a straight hot drink, the masses enjoyed a coffee brewed so weakly that it was possible to see the bottom of the coffee cup through the liquid. In fact, it is widely believed that much of the ‘coffee’ drunk in Germany and indeed other parts of Europe throughout the eighteenth century was in fact surrogate coffee, cut at best with a little coffee bean for flavour. As a medical commentator noted in 1801, the coffee sold by the shopkeepers in Hamburg usually consisted of rotten coffee beans and often also peas, potatoes and the like: ‘For several years our common man has been also growing accustomed to chicory, for even the worst coffee is too dear for him’. [3]

Today Europeans mostly drink coffee from the ‘real’ coffee bean (in 2018 we consumed around 3,222 tonnes of the stuff, or roughly 33% of total global consumption). [4] But this is a rather new phenomenon. The history of coffee in the European context is as much a history of ‘fake’ coffee – chicory and other local substitutes – as it is of the exotic Coffea arabica. 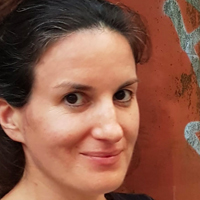 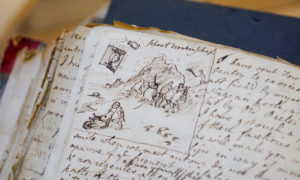 Margin of Terror: Intoxicating Images and Eerie Etchings at the Bodleian Libraries
One of the key sources we’re using to reconstruct the…