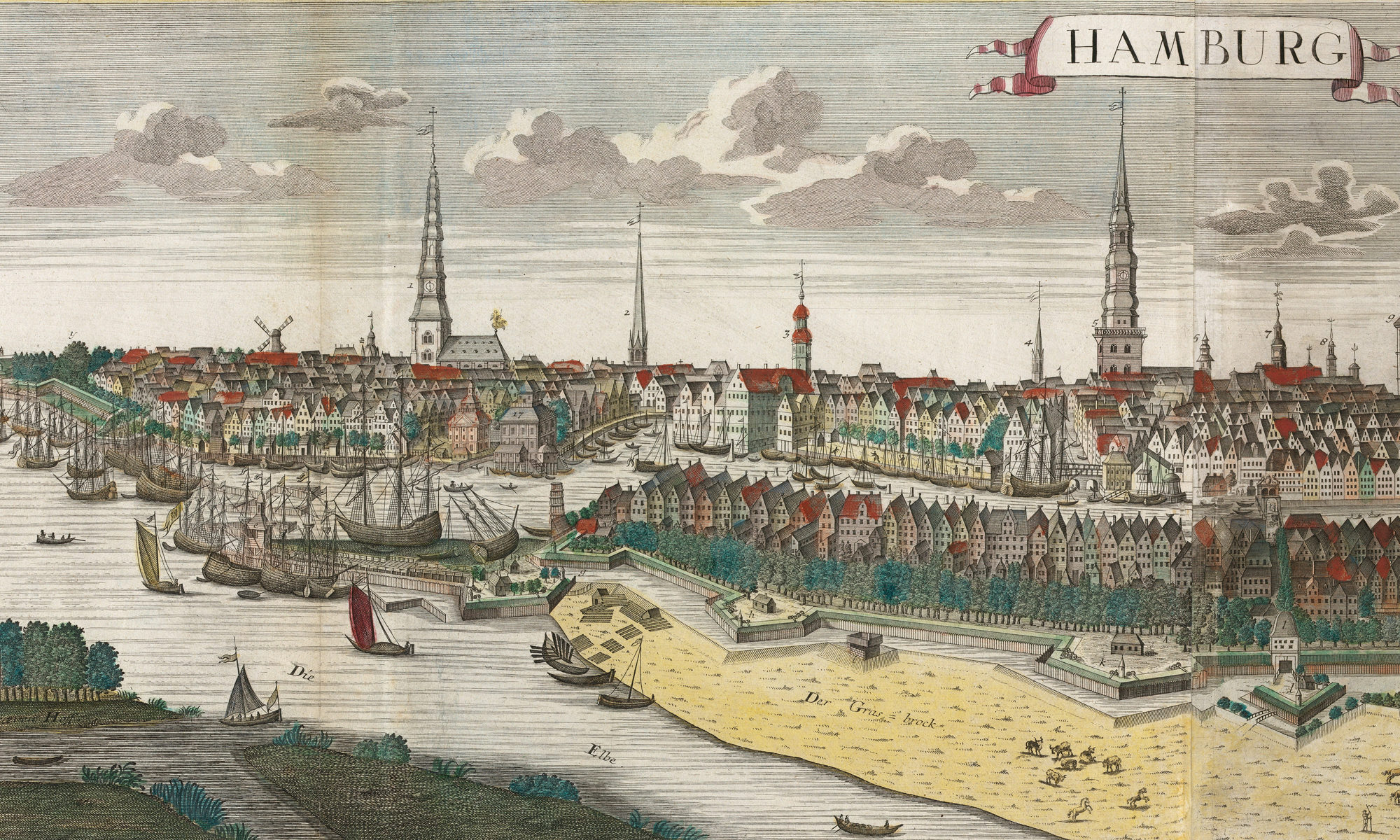 It’s 1600 and Europe faces momentous change: the ongoing upheaval of confessionalisation, the colonisation of the New World, and the waning of medieval structures as trade routes and borders shift west from the Baltic region to the North Sea and the Atlantic. At the centre of these transformations is Hamburg, a thriving, self-governing centre of maritime trade on the Elbe River. With the Hanseatic League, the once mighty international medieval network of trading cities, now languishing, Hamburg keenly exploits the influx of exotic goods – in particular the new intoxicants – from the Americas, becoming one of the largest and most powerful international port cities in northern Europe.

Hamburg, with its port, viewed from the Elbe river in 1730. Staats- und Universitätsbibliothek Hamburg (CC BY-SA 4.0)