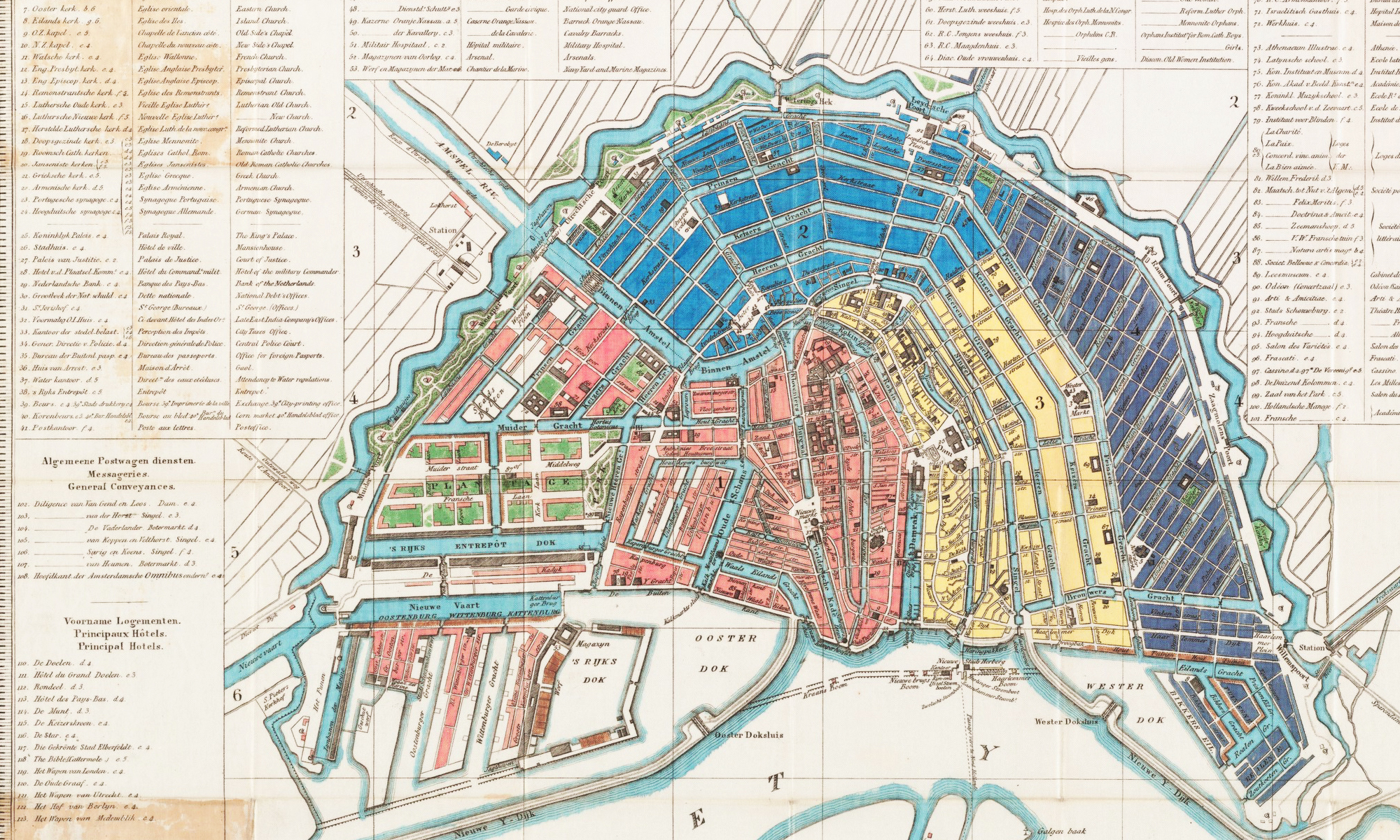 During our period Amsterdam consolidates its status as a global commercial centre and expands considerably beyond its medieval walls. By 1650 its population is estimated at 175,000, making it the third largest European city (after London and Paris), which it remains until the early nineteenth century. Amsterdam becomes a key port and hub of international trade; new multinational enterprises such as the Dutch East India Company (VOC) bring exotic and colonial goods to the city, from where they are distributed all over Europe. Foreign visitors and merchants arriving by ship are impressed by the long waterfront, and by the immense ‘forest’ of ship masts in the harbour. The city is flat, encompassed by a landscape of swampy lowlands and windmills, and full of waterways and greenery. It is also noisy with much traffic, no underground sewers, and an irregular water supply, while the poor quality of the water in the canals and the smoke of chimneys are an environmental nuisance. Relative economic and demographic decline takes place after 1740.

A map of Amsterdam in 1845. Harvard Map Collection