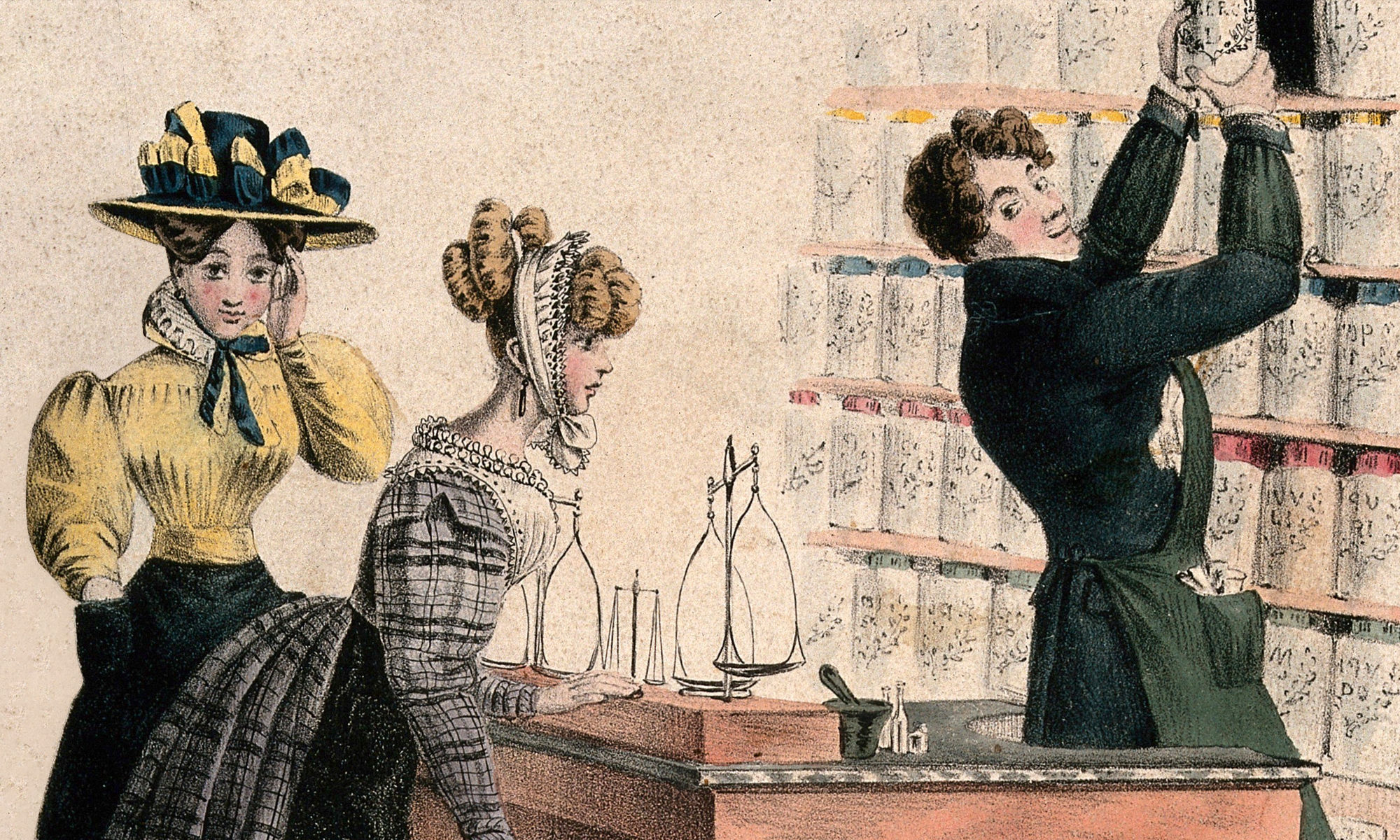 Six free streamed talks, open to all, exploring the history of specific intoxicants. Seminars will take place on Wednesdays at 1–2pm UK time (GMT) – with the exception of the session on Wednesday 3 February, which will be held at 5–6pm UK time (GMT) – over the secure and user-friendly platform Crowdcast.

Khat
Chewing Time and Space: Patterns of Khat Consumption in Kenya and Beyond
Neil Carrier

Over the course of the twentieth century, khat grown in the Nyambene Hills of Central Kenya became popular throughout the country and beyond, its stimulating stems and leaves – commonly sold wrapped in banana leaves – becoming a familiar sight even in the most remote towns and villages. Patterns of Kenyan khat consumption are highly varied, its stimulating properties helping it adapt to numerous contexts, ritual, work-related, and leisure. In all these patterns, khat consumption and its trade has been incorporated into – and helped transform – different rhythms and different social spaces. This paper introduces a number of these temporal and spatial dynamics built up around the substance, from daily chewing by khat traders in often tiny kiosks in Nairobi, to leisure-time chewing in venues in UK cities. It explores how in some ways khat can make consumers feel at home in the unlikeliest of places, while also falling in step with the rhythms of contemporary life and work; however, it also examines how it can fall out of step with such rhythms too, and find itself considered out of place, most particularly in countries where it has been made illegal. By focusing on aspects of time and space in khat consumption, the paper will show the complexities of how such substances interact with and help form the contexts in which they are consumed.

Coffee
Tracing the Unknown: Coffee and the Uncertainty of Medicine in the Early Modern World
Duygu Yildirim

Coffee belied easy categorisation. Whether using the tools of textual analysis or microscopy, understanding it through medicinal practice or natural history, it baffled early modern scholars both in Europe and in the Ottoman Empire. Even when drinking coffee became increasingly popular in Europe, European naturalists and physicians faced a dilemma: they had not yet seen a live specimen of the coffee plant, except for the beans from which the drink was made. The physical and spiritual bodies of ‘the Turks’ were also worthy of curious attention to understand the medicinal benefits of coffee. Presenting the history of coffee as a story set between medicinal knowledge and scholarly authority, this talk will explore why distinct Ottoman and European scholars were confused about defining coffee, and how they coped with its uncertainty as an object of knowledge. The talk will shed light on complexities in the dissemination of medicinal knowledge in the early modern world.

Mystery Week
Poisons and Secrets: The Court, the King, and the Problem of Drugs Knowledge in Late Seventeenth-Century France
Emma Spary

The infamous ‘Poisons Affair’ of the 1670s, in which French courtiers were found to be entangled in secret plots to murder or influence others, including the monarch himself, is one of the most notorious events of the reign of Louis XIV. Even though the Affair resulted in significant legislative change where the manufacture and sale of drugs were concerned, the event has never been addressed from the standpoint of the history of medicine and drugs. My paper will bring together three discrete areas of historical enquiry: the élite community of drug makers and users, the courtly culture of poisons and antidotes, and the monarch’s view of secrets. I will argue that the Affair may be understood as a moment when concerns about pharmacological power were mobilised to problematise the role of favour and influence in courtly governance.

The consumption of tea is tied inexorably to empire. Tea drinking became a cornerstone of politeness and social ritual in Britain, but it was underpinned by aggressive colonial expansion. The material finery of the tea-table distanced consumption from the reality of acquisition, and brought the imperial economy into aristocratic homes. Long dominated by the ‘treasure house’ narrative, country estates are increasingly being interpreted as sites of empire and repositories for imperial wealth and goods. This paper uses contemporary accoutrements and representations of tea drinking to consider ‘green gold’ and its consumption in the long eighteenth century, particularly in the English country house.

Tobacco
Tobacco and the ‘War of the Senses’
William Tullett

Building on the work outlined in the speaker’s monograph Smell in Eighteenth-Century England: A Social Sense (Oxford, 2019), this paper will delve into the sensory history of tobacco from the sixteenth century to the early nineteenth century. Tobacco – snuffed and smoked – elicited a range of reactions from consumers and bystanders alike. This paper will examine tobacco and the senses from three perspectives, which each map onto the chief concerns exhibited by sensory historians. Firstly, shifting reactions to tobacco’s smell in public space – which complicate narratives that have charted the civilizing, deodorizing, direction of public comportment across the early modern period. Secondly, we will turn to the intersensory nature of tobacco consumption: a product seen, heard, and touched as often as it was smelled or tasted. Tobacco offers us a fascinating viewpoint through which to comprehend the shifting relationship between consumption and five senses in the early modern period. Thirdly, and finally, the paper briefly suggests some of the skills of sensory discernment that the manufacture, trade, and consumption of tobacco necessitated on the part of its producers, sellers, and consumers.

Morphine use in France surged at the end of the nineteenth century. Statistical studies showed that most habitual morphine users were men. Of these men, the majority were medical professionals. Yet artists predominantly depicted morphine users as female pleasure-seekers and notably excluded the figure of the physician, even though morphine was typically used for medical treatment. Artists’ feminisation of morphine use(rs) and the exclusion of the physician was an attempt to address anxieties about women, and, in turn, to secure the state of two influential, patriarchal institutions: the medical sector and the art world. But the paper draws attention to artists’ frequent inclusion of the hypodermic syringe – a requisite medical instrument that had become synonymous with morphine use. The paper argues that the hypodermic syringe in these artworks should be understood as an absent medical presence, and thus as an unintentional yet unavoidable criticism of the medical sector.

Image of khat leaves via Flickr user Hiro Otake (CC BY-NC-ND 2.0). Other images via the British Museum (CC BY-NC-SA 4.0) or the Wellcome Collection (CC BY 4.0).